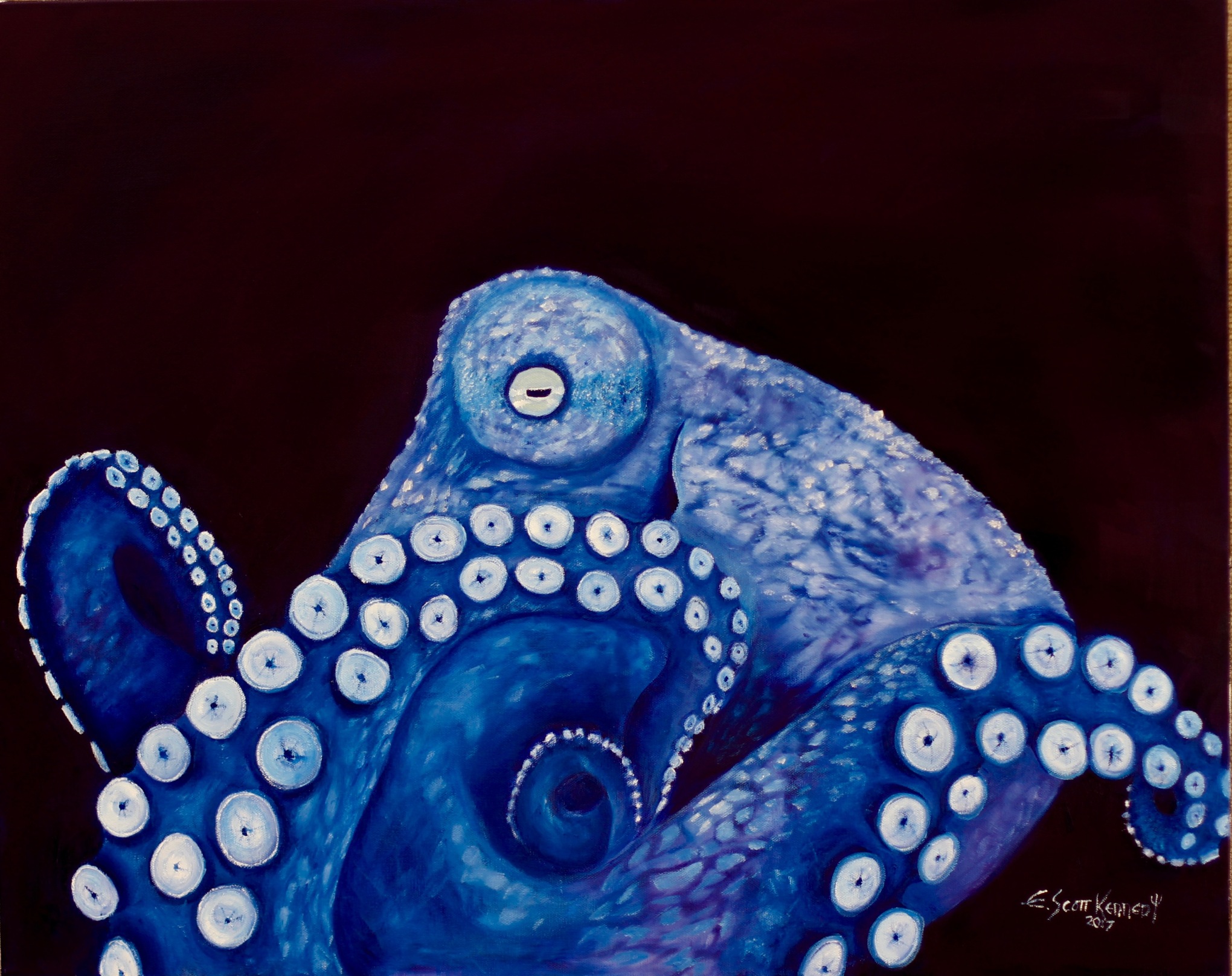 AVERAGE LIFE SPAN IN THE WILD: 1 to 2 years

Did you know:   Octopus have amazing Defensive Adaptations. Using a network of pigment cells and specialized muscles in its skin, the common octopus can almost instantaneously match the colors, patterns, and even textures of its surroundings.

When discovered, an octopus will release a cloud of black ink to obscure its attacker’s view, giving it time to swim away.  Fast swimmers, they can jet forward by expelling water through their mantles. And their soft bodies can squeeze into impossibly small cracks and crevices where predators can’t follow.

If all else fails, an octopus can lose an arm to escape a predator’s grasp and regrow it later with no permanent damage. They also have beaklike jaws that can deliver a nasty bite, and venomous saliva, used mainly for subduing prey.

Considered the most intelligent of all invertebrates, the common octopus is found in the tropical and temperate waters of the world’s oceans.